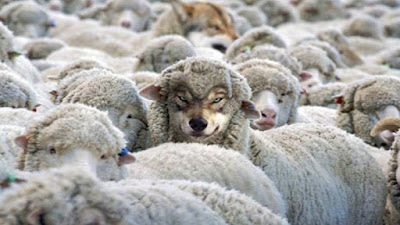 This Saturday in Charlotte, North Carolina a group called Deplorable Pride will be operating a rally it claims will be taking a stand against communism. However, that group isn't quite who they purport to be and they are attracting a mixture of homophobes, Islamophobes, anti-Semites, neo-Nazis and a Proud Boy.

Deplorable Pride says it is just a political group of conservative LGBTQ Trump supporters, who want to take a stand for the president.

A Facebook event page for the gathering says, "As many of you know there has been a rise in violence from groups like antifa and the red guards in this country. These groups are starting to form in Charlotte NC and the ones here have called for bloodshed in the streets of Charlotte against Republicans and Trump supporters. Patriots from all walks of life will converge on Charlotte to expose the trash that is living inside our city. This will be the day that we will speak loud and clear that communists and communism are not welcome here. We plan to expose them where they live, work and play."

Their history suggests they have something up their sleeves.

Proto-fascist Brian Talbert, 48, founder of Deplorable Pride and a self-hating gay man, was arrested and charged with assault on a female back in May 2018 after another event he organized turned violent - this after he stood on a Charlotte street corner spewing racial slurs and screaming at women. However, last week he was found not guilty of the charges despite there being ample witness testimony against him.

Deplorable Pride has a checkered origin beginning in the summer of 2017, when it was denied entry into the Charlotte Pride Parade after officials deemed the group not compatible to its mission and was in fact that despite being an LGBTQ-run organization was actually quite anti-LGBTQ . 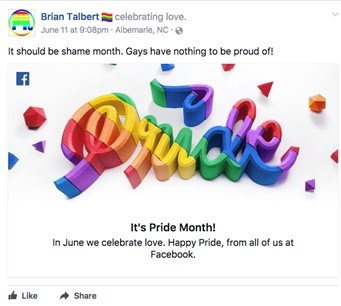 In determining that Deplorable Pride is an alt-right hate group Gay & Lesbian Alliance Against Defamation (GLAAD) reported, "The group is led by Brian Talbert, who has used or promoted inflammatory language against Muslims, women, and even the LGBTQ community itself."

GLAAD further stated the group used anti-LGBTQ terms to attack people  including the slur "faggot" and in a Facebook post Islamophobe Talbert threatened to kill every single Muslim. 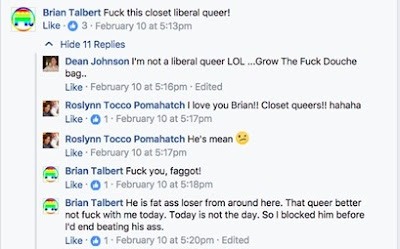 Although Deplorable Pride has a website there's very little on it. The organization functions mainly from their Facebook page.

Also, helping with the gathering are Ted and Kristyna Chmielnicki of T.C. Media, who tend to the low hanging fruit on the wannabe a Gavin McInnes tree. They just can't seem to get past a low end social media presence and are having problems luring an audience to their online streams.

Online sleuths are also reporting Proud Boy Alan Swinney and at least one member of the neo-Nazi skinhead group Hammerskin Nation named Thomas Woods II will be around.

Swinney is from the Texas Proud Boys and travels the country looking for trouble, while suited up in some thrown together outfit from the wardrobe department of a 'Mad Max' film.

One person who may or may not be there will be the white nationalist holocaust denier Jack Corbin, who uses the aliases Daniel McMahon, Pale Horse, and Dakota Stone.

On Saturday Corbin posted this on Gab: 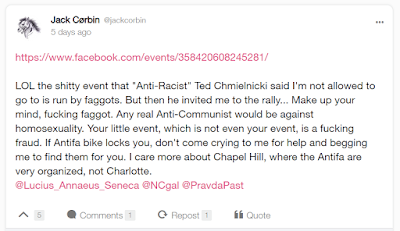 On the heels of his recent court victory Talbert and his fellow fascists are quitel likely trying to draw out antifascists for a repeat street brawl Saturday. There's currently a lot of social media taunting going on from all factions, so Romare Bearden Park in Charlotte where the rally is being held from 1-5 pm will likely be the scene of political violence this weekend.

Read more »
Posted by Hate Trackers at 8:32 PM
Email ThisBlogThis!Share to TwitterShare to FacebookShare to Pinterest

Read more »
Posted by Hate Trackers at 8:51 PM
Email ThisBlogThis!Share to TwitterShare to FacebookShare to Pinterest 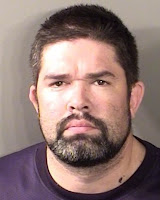 The Proud Boy's former attorney and one-day leader Jason Van Dyke failed to show up for a criminal case bond hearing pending in Denton County Texas and looks to have committed another crime in the process.

Van Dyke was accused of making a false report to police about guns being stolen from his truck on September 13, 2018. That led to a misdemeanor charge, his arrest, and his release on a $1000 personal recognizance bond. 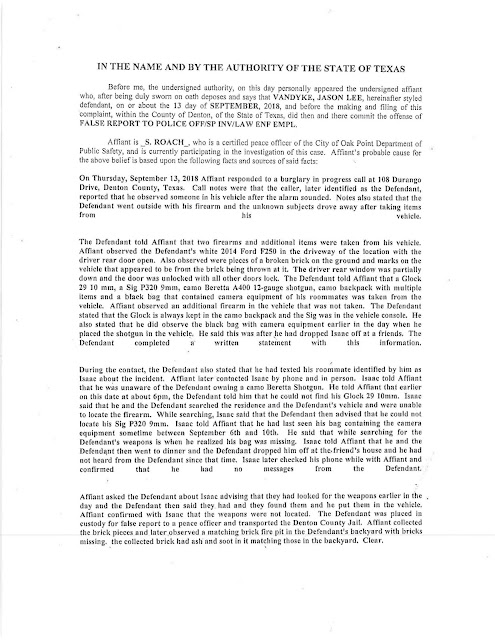 A new bond hearing was called, when in early December a man named Tom Retzlaff, who Van Dyke had sued for defamation, contacted the district attorney’s office with evidence that Van Dyke was threatening to kill him.

Earlier this year, Van Dyke filed a defamation case against Thomas Retzlaff in a state district court after Retzlaff called him a Nazi and white supremacist. The lawsuit sought $100 Million in damages.

The new offense was a violation of Van Dyke's bond conditions, so the district attorney filed to bring the suspect back to court for a new bond hearing that would seek a higher bond and the confiscation of the numerous guns in his possession. The district attorney was concerned that due to Van Dyke's death threats, his possession of guns, and his connections to the extremist group known as the Proud Boys that he posed an immediate danger to the community's safety. 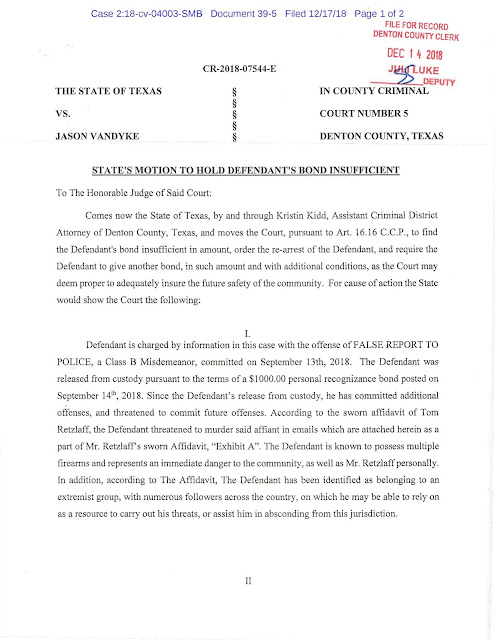 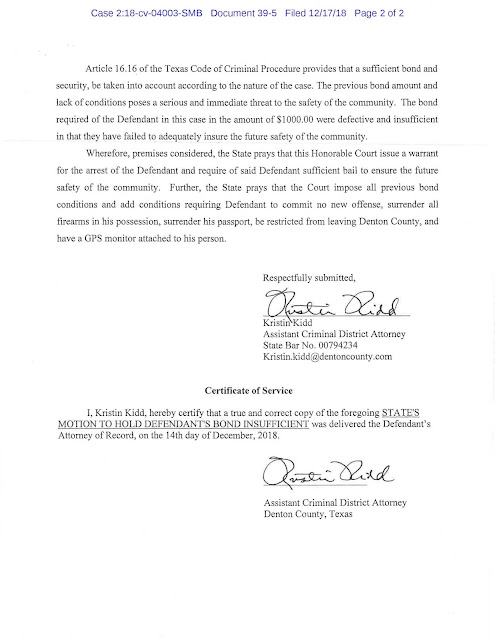 That hearing was scheduled for Dec. 21st, but Van Dyke failed to show up leading to another arrest warrant being issued on him. The court order says after his capture he is to be held without bond.

The death threats noted in the court documents will likely lead to the filing of additional charges against Van Dyke. It's almost certain his guns will be confiscated and a much higher bond put on him, if the judge relaxes the current no bond condition.

Besides a higher bond and the confiscation of his guns, the district attorney wants Van Dyke to be placed on an electronic ankle monitor, surrender his passport, and not leave Denton County.

If found guilty of any of the charges, Van Dyke could be disbarred from practicing law in the State of Texas.  A felony conviction would prohibit him from ever possessing guns again.

After founder Gavin McInnes fled the group he founded, Van Dyke managed to become the new leader. That lasted for one day as he accidentally revealed the names of their elders council. He was then banished from the notorious group that has come to be known for its political violence and attacks around the nation.

At this point in time no one knows where Van Dyke and his guns are. With his stressors of being booted from the Proud Boys, publicly embarrassed over it, and facing both criminal charges and disbarment, this could end badly.