Read more »
Posted by Hate Trackers at 7:27 PM
Email ThisBlogThis!Share to TwitterShare to FacebookShare to Pinterest

Last night, Kevin Holland with the Hiwaymen began sending a link to our Facebook page, but the half-wit repeatedly kept getting the link incorrect.

HT found the video under usual monitoring activities and recorded the archived live stream, as it played on the screen.

The video threatens a new mission for the Hiwaymen, who promise to begin disrupting LGBTQ events beginning after March 9th. That date coincides with them gathering with neo-Nazis for a Little Rock action.

Midway through the video Billy Sessions shows up with an ax to wave around as the Three Stooges discuss "queers", Muslims, and Hate Trackers.

James Del Brock claims that his group was invited to an LGBTQ+ event in Little Rock on Monday. The truth is they'd signed up for tickets to the gathering in order to come in and disrupt it.

Del Brock appears to be Bible illiterate, as he claims God "burnt" Sodom and Gomorrah because of "queers".

In Ezekiel 16:48–50, God compares Jerusalem to Sodom, saying "Sodom never did what you and your daughters have done." He explains that the sin of Sodom was that "She and her daughters were arrogant, overfed and unconcerned; they did not help the poor and needy. They were haughty and did detestable things before me."

Jonathan "Pig" Addison quotes Leviticus about men lying with men, but fails to see the verse about not eating pork.

It says "And the pig, though it has a split hoof completely divided, does not chew the cud; it is unclean for you. You must not eat their meat or touch their carcasses; they are unclean for you."

If he wants to be Old Testament obedient, Addison must stop eating bacon and touching himself.

Sessions, who appears later in the video with an ax wearing the same dirty wife beater he's had on since at least Monday, and Del Brock co-founded the Hiwaymen. They took their violent gang to the 2016 Unite the Right white nationalist conclave in Charlottesville, Virginia where they joined in the rioting that resulted in the murder of Heather Heyer.

Appearing in the video are: Jonathan Addison, James Del Brock, and Billy Sessions - aka Billy Helton.

Del Brock is clearly uninformed about what went on at the United Methodist Church (UMC) conference on Tuesday in St. Louis. The protesters were not outsiders. They were, in fact, LGBTQ+ and allied ministers and congregants attending the event and who belong to the UMC.

From previous statements it's clear that James Del Brock struggles to understand what's going on and spouts off half cocked.

On Monday the Hiwaymen attempted to disrupt the Human Rights Campaign Arkansas legislative planning meeting, but were met at the door by security and refused entry into the summit.

As they sulked off, from a safe distance the rejected Hiwaymen began yelling insults and threats to a lone security guard.

Hate Trackers had forewarned officials that the group was headed their way. Their failure at completing their planned attack greatly angered the Hiwaymen and they've been having a conniption fit over it all week.

The Hiwaymen's actions, though considered low hanging fruit in the alt-right tree, are a move from the regular nuts with signs and is the birth of an armed forced threatening LGBTQ+ events.

Although they tend to travel in packs of a dozen or less, they do adorn themselves with makeshift armor and have hidden weapons on themselves. Their Confederate and American flag poles are usually outfitted to be used as clubs. 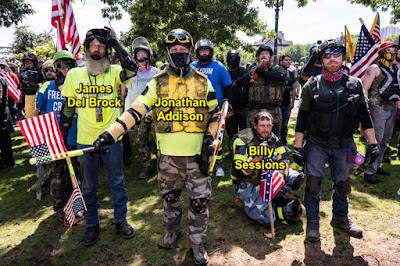 On March 9th the Hiwaymen will be rallying at the Arkansas State Capitol in Little Rock with Nazis from the ShieldWall Network to protest for gun rights and who they refer to as "unborn citizens."

Hate Trackers has begun identifying the Hiwaymen in a rogues gallery you can find here.
Read more »
Posted by Hate Trackers at 3:00 PM
Email ThisBlogThis!Share to TwitterShare to FacebookShare to Pinterest 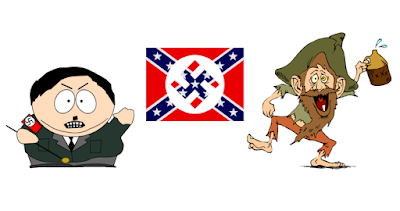 Nazis with the ShieldWall Network (SWN) and Confederate hillbillies with the Hiwaymen (the oft mocked low hanging fruit of the Alt-Right) are planning to rally at the Arkansas State Capitol in Little Rock on March 9th beginning at noon.

Both gangs are based in Arkansas with each planning to show up in order to protest in favor of an anti-abortion bill and against a gun bill.

SWN head Billy Roper posted on Stormfront "At noon on Saturday, March 9th, the ShieldWall Network Phalanx will be holding a “For Life and Liberty” rally at the Arkansas State Capitol building in Little Rock, Arkansas, parallel to the unaffiliated Highwaymen “Make Arkansas Great Again” rally with which we sympathize. There will be two issues we are taking a stand on: in opposition to abortion, and in support of the second amendment."

As Dear Abby is to have famously said, though paraphrased, if you want to make Arkansas great again...move.


It's hoped that SWN helmer Billy Roper, a vanity press author with spellcheck, will be able to school Billy Sessions and James Del Brock - the unemployed co-founders of the Hiwaymen - on how to spell Highwaymen and Second Amendment correctly.

A PSA for the Hiwaymen

Read more »
Posted by Hate Trackers at 7:20 AM
Email ThisBlogThis!Share to TwitterShare to FacebookShare to Pinterest 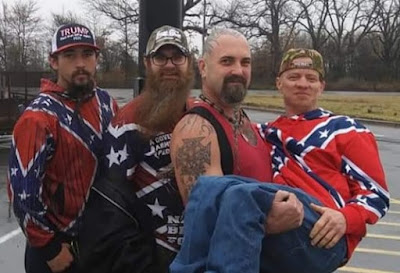 Hate Trackers has begun compiling a database on the Hiwaymen and the people helping them. Most the Hiwaymen use multiple Facebook accounts as they're notorious social media trolls that often are in FB time out. 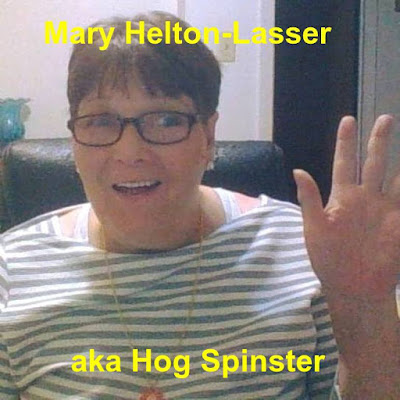 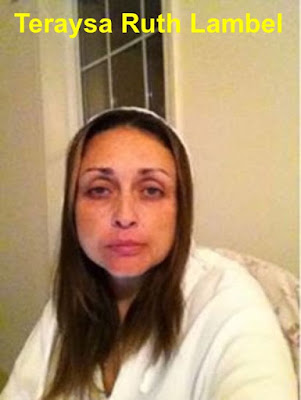