On August 23rd, Hate Trackers became the first media outlet to report on a disturbing news segment at ABC affiliate KOCO Channel 5 in Oklahoma City, which now has thousands of people screaming "racism" and demanding an anchor's immediate firing.

During an August 22, 2019, segment on KOCO News about the Oklahoma City Zoo, which featured a gorilla, white anchor Alex Housden told black anchor Jason Hackett "Kinda looks like you."

Yes, she told a black man he looked like a gorilla.

The next morning, Housden made an on-air apology claiming no racism was intended, which Hackett accepted - although some claimed he looked uneasy about it and may have been coaxed into accepting the apology by the station's management.

The impact on African-American viewers, who witnessed the original engagement, is still being felt.

Jason Hackett wasn't the only victim here. Any African-American watching the show felt the brunt of Housden's behavior, which is enough reason to fire the journalist on the spot.

KOCO, however, isn't managing the situation well at this point, which has become so frustrating to viewers that there is now talk of boycotting the inattentive station's advertisers.

It's not just local television viewers that are upset either.

Since our report, that incident has evolved into a national outrage with the scandal being discussed on networks like ABC's Good Morning America and NBC News, and on cable news outlets, such as CNN. National newspapers like the Washington Post and USA Today have published stories over the event.

KOCO management has refused to address the issue beyond Housden's on air apology. They've failed to respond to multiple contacts by us and their Twitter and Facebook accounts show them completely ignoring an outraged public.

On her own Facebook, the news anchor is ignoring everyone as well. One of her posts has gained 1,700 comments, mostly from people expressing their outrage at Housden and KOCO's refusal to publicly address the issue and terminate her.

She's avoided posting on her @kocoalex Twitter account, as well, where hundreds are calling out her racism and demanding she resign. 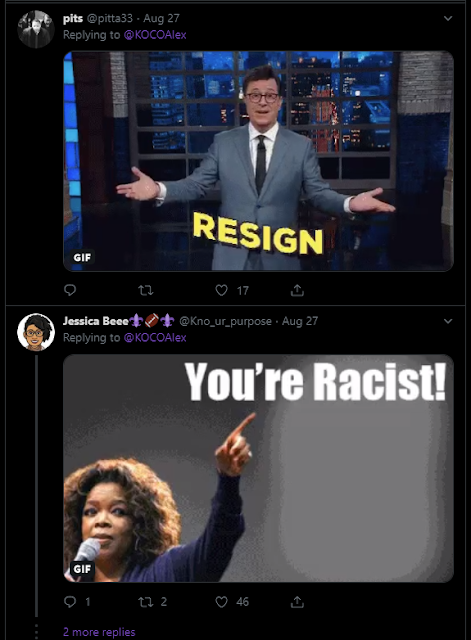 It is possible Housden has already been fired, but the station just hasn't made the reveal.

Any hope of wrapping this up quickly and moving away from it, has now been lost with the station under a national spotlight. They'll either have to dig in their heals and accept the damage to the station's news credibility or fire Housden and explain to the public why it took this long for them to take action.

The station may be looking for a saving grace exit at this point. Housden didn't show up on air during the weekend where she assists in weekend morning anchor duties, so they may be making her slowly disappear until she's forgotten.

But people are watching and waiting for KOCO to make a move. Housden's not going to be forgotten; not with this being a racist incident. Her career in television news is over. Both she and the station need to accept that and get this over with quickly.

Housden is not their A-Team anchor. She's strictly mornings and weekends. Farm team. KOCO is taking a great risk for such a disposable employee. 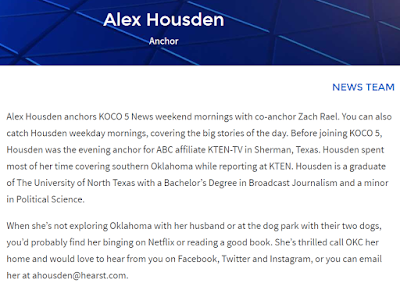 KOCO is owned by Hearst Television, which is a subsidiary of Hearst Communications.