Oklahoma City: White Anchor Tells Black Anchor That He Looks Like a Gorilla During Zoo Segment


During an August 22, 2019, segment on KOCO News about the Oklahoma City Zoo, which featured a gorilla, white anchor Alex Housden told black anchor Jason Hackett "kinda looks like you."

Yes, she told a black man he looked like a gorilla.

That video is being shared around Oklahoma Facebook users. It's unknown at this time who made the recording.

On Friday morning, Housden made an on-air apology claiming no racism was intended, which Hackett accepted. However, the impact on African American viewers, who witnessed the original engagement is still being felt.


They're not finding Housden's apology sincere either. 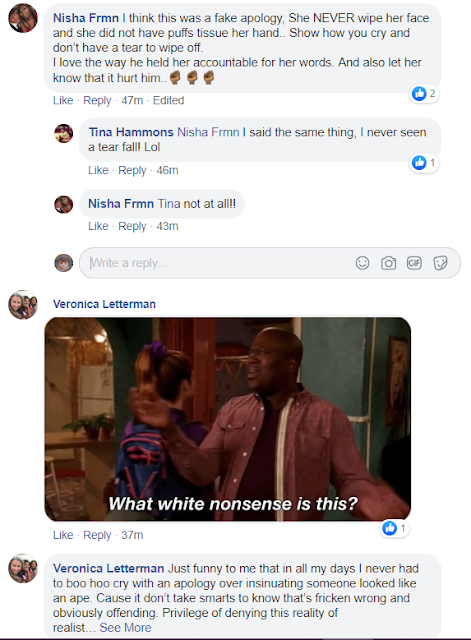 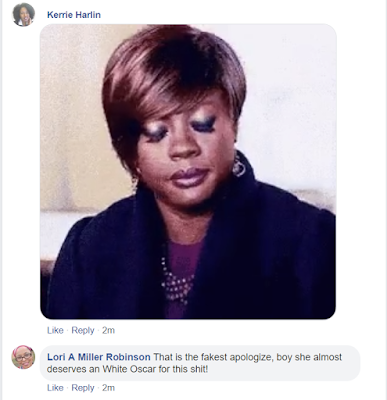 It's 2019. If Housden isn't being racist, she's being plain ignorant and does not need an audience for her general stupidity.

According to her station bio, "Alex Housden anchors KOCO 5 News weekend mornings with co-anchor Zach Rael. You can also catch Housden weekday mornings, covering the big stories of the day. Before joining KOCO 5, Housden was the evening anchor for ABC affiliate KTEN-TV in Sherman, Texas. Housden spent most of her time covering southern Oklahoma while reporting at KTEN. Housden is a graduate of The University of North Texas with a Bachelor’s Degree in Broadcast Journalism and a minor in Political Science."

The Oklahoma City Metro Area is 62.7% white with 37.3% a diverse mixture of color, but you'd never guess it by the local news hiring practices.

The local Fox affiliate seems to have the best record for minority hiring. The rest have tokens.

Here's a view of each station's line up. Some only show anchors, while others include reporters.