On Saturday, a peaceful March Against Fascism in Tulsa was invaded by members of the hate group Proud Boys, who showed up to stand for fascism, hurl racial insults, and assault people.

The Proud Boys try to pass themselves off as a fraternal social club of Western Chauvinists, but their actions belie their public declarations of who they really are.


Several members of the Proud Boys in New York are already facing criminal charges for attacking people outside the Metropolitan Republican Club in Manhattan.

And they were fixtures at the deadly 2017 Unite the Right alt-right attack on Charlottesville, Virginia organized by white supremacist Jason Kessler.

Their record of violence and political terrorism have become significant.

At the Tulsa March Against Fascism gathering, one Proud Boy has been accused of assaulting a peaceful Native American elder, while his associates assailed others, including a transwoman.

Last year, Hate Trackers identified a number of Proud Boys in Oklahoma and exposed its leadership structure. Yaffe was not a known member at that time.

LEADERSHIP STRUCTURE
The new president of Proud Boys of Oklahoma is Glenn Michael Girone, Jr. He is the co-owner of BriteShine Carwash in OKC and Yukon.
Sean Lloyd a/k/a Jaq Daniel, an EMT trainee at  the Tulsa Technology Center a leader of Proud Boys of Oklahoma.
Kristopher "Tober" Ackerman, a tattoo artist at Mystical Illusions in OKC, is the group's  Sergeant at Arms.  Has long history with drug court and falsely claims military service.


The Proud Boys attack on Tulsa coincided with a much larger invasion on the City of Portland Oregon where members were bused in from out of state to terrorize the city after two months of promising to commit a premeditated slaughter of that city's antifascists. 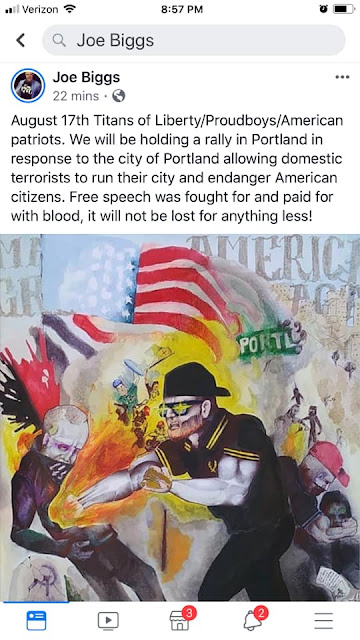 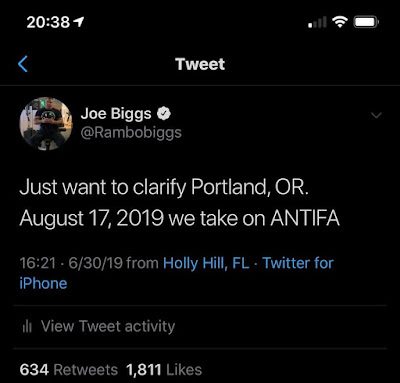 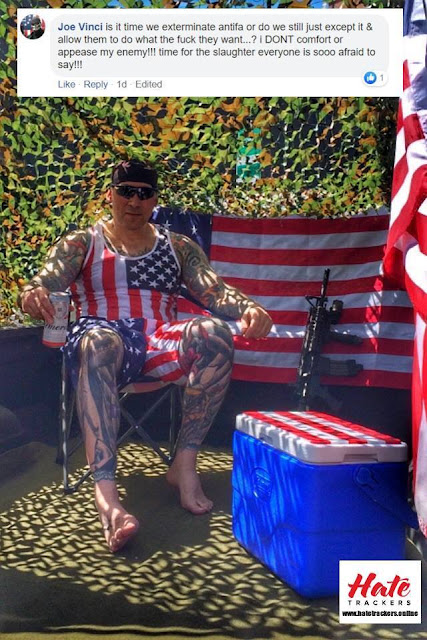 Although an American city was targeted by outside hate groups, including neo-Nazis with the American Guard, with premeditated murder on their minds, the ever mentally-deranged and quite racist President Donald Trump has vocalized his intentions to declare antifascists a domestic terrorist group.

This despite the fact that it is Trump's very good people, who are actually committing terrorist acts - be it against migrants in El Paso or Jews in Pittsburgh - and are the ones terrorizing cities like Tulsa and Portland.


Keep up with all our news reports and more at www.hatetrackers.online
Help Hate Trackers continue exposing the alt-right and other serious groups and individuals, by making a donation to our site. We're here to keep you and your family safe and informed. Donate Here